One of the most important challenges facing nursing today is providing proper pain management for patients suffering from chronic pain (1). Chronic pain ranks high as a major health problem in contemporary society and treating the chronic pain epidemic is paramount for the health care system. According to recent surveys 100 million US adults suffer from chronic pain (2) and one in five people in Europe and developing countries are affected (3). Problems associated with this epidemic are far reaching when considering the enormous social costs resulting from it, the immensurable burden borne by family members of pain sufferers, the inadequateness of opioid treatments, which too often cause addiction, and the very poor quality of life pain sufferers endure, worsened by social stigma and isolation (4).
Chronic pain is not only difficult to diagnose and to treat but becomes irreversible and often degenerative and as the body changes, psychological states are also affected (4). In order to manage this condition, opioid analgesics have been used for a long time. However, the associated side effects cannot be overlooked (e.g., nausea, vomiting, constipation, sedation, itchiness, urinary retention, cognitive impairment, hallucinations, delirium, respiratory depression, tolerance, and risk of physical and psychological dependence). These are of great concern especially when opioid analgesics are administered over prolonged periods. Furthermore, their analgesic efficacy for extreme procedural pain is limited (5). As a result of the strong psychological component of pain perception, supplemental use of non-pharmacological analgesic techniques, such as mindfulness meditation, have proved highly effective (6).

This literature review discussed the role of simulated mindfulness meditation or VR technology assisted, in self-managing and self-regulating chronic pain. It provided evidence on how mindfulness mediation can influence and ultimately change the subjective experience of pain in order to provide a way for improving the quality of life of chronic pain sufferers. It argued that fostering focussed attention, which is the core of mindfulness meditation, is more effective, in the long term, than using distraction.
It therefore advocates a systematic use of this technique in the treatment of chronic pain due to its efficacy, long-term benefits, easiness to learn and teach and very low costs. For this reason, more effort, time and money should be invested in finding access to expert teachers and sound training programs, for adequately training healthcare providers, teaching and assisting patients in developing the necessary skills for self-managing their pain by giving them the invaluable tools to exert direct control over it and gain a greater sense of agency over their health. 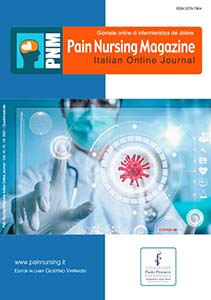